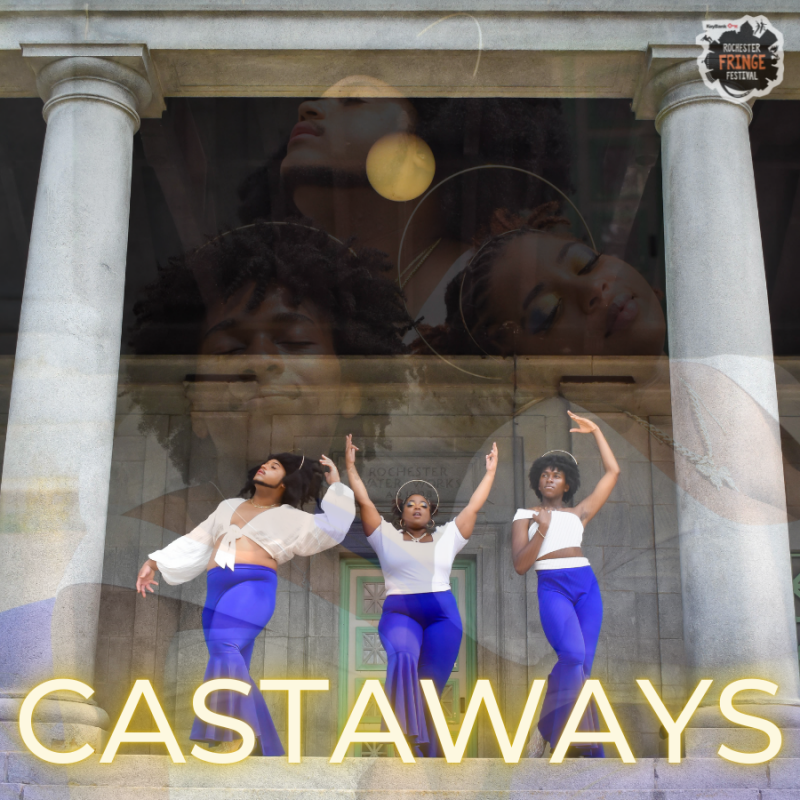 You are invited to a dance film centered around the themes of Black Lives Matter and LGBTQ+ livelihood. There is a lack of representation for individuals who meet at the intersection of Black, Brown, and Queer. This cast of three disadvantaged youth of the Black & LGBTQ+ communities tell their stories through acting, movement, and spoken word. "Castaways" is a film constructed for us by us, as well as a reason to come together and promote community healing. 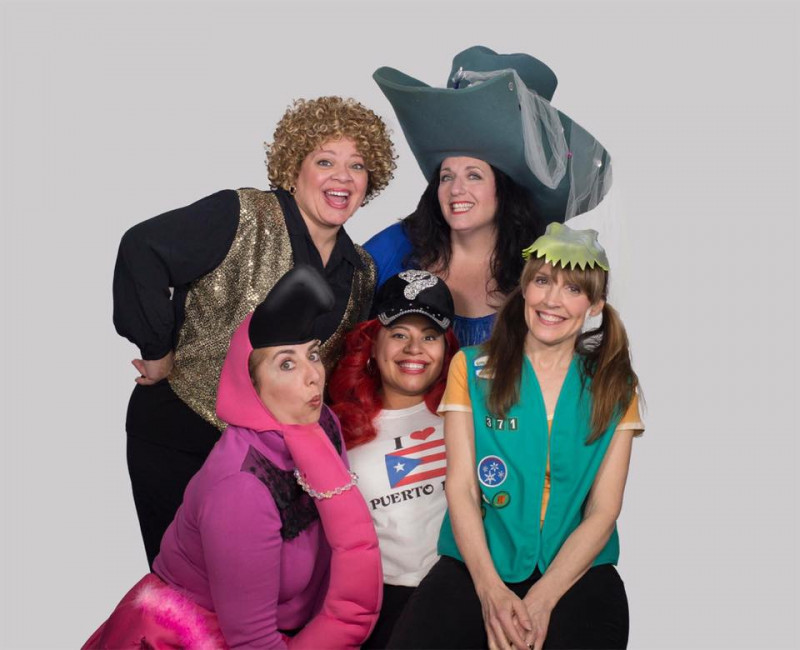 We're vaxed and we're back! Uncaged and free at last! What do you get when the EstroFest women are finally released after 16 months in quarantine? Cooped-up-inspired comedic insanity! In a year that made many of us cry, we'll make you laugh at the absurdity, joy, and silliness of life! New material plus some audience favorites. One weekend only! Grab your tickets before they sell out! 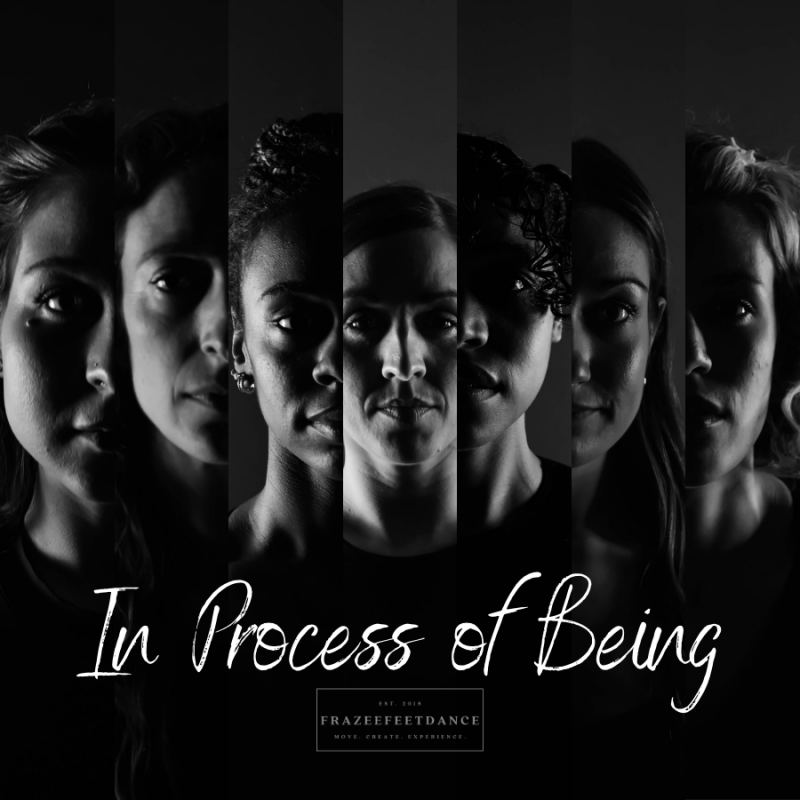 In Process of Being

"In Process of Being" is a collaborative performance produced by Frazee Feet Dance that combines the works of six choreographers and live music into one show. With a cast of 17 movement artists, each of these works highlights the different ways we embody ourselves, navigate space, and PROCESS our humanity. This is not just a performance – it is an opportunity to see, experience, reflect, and heal. 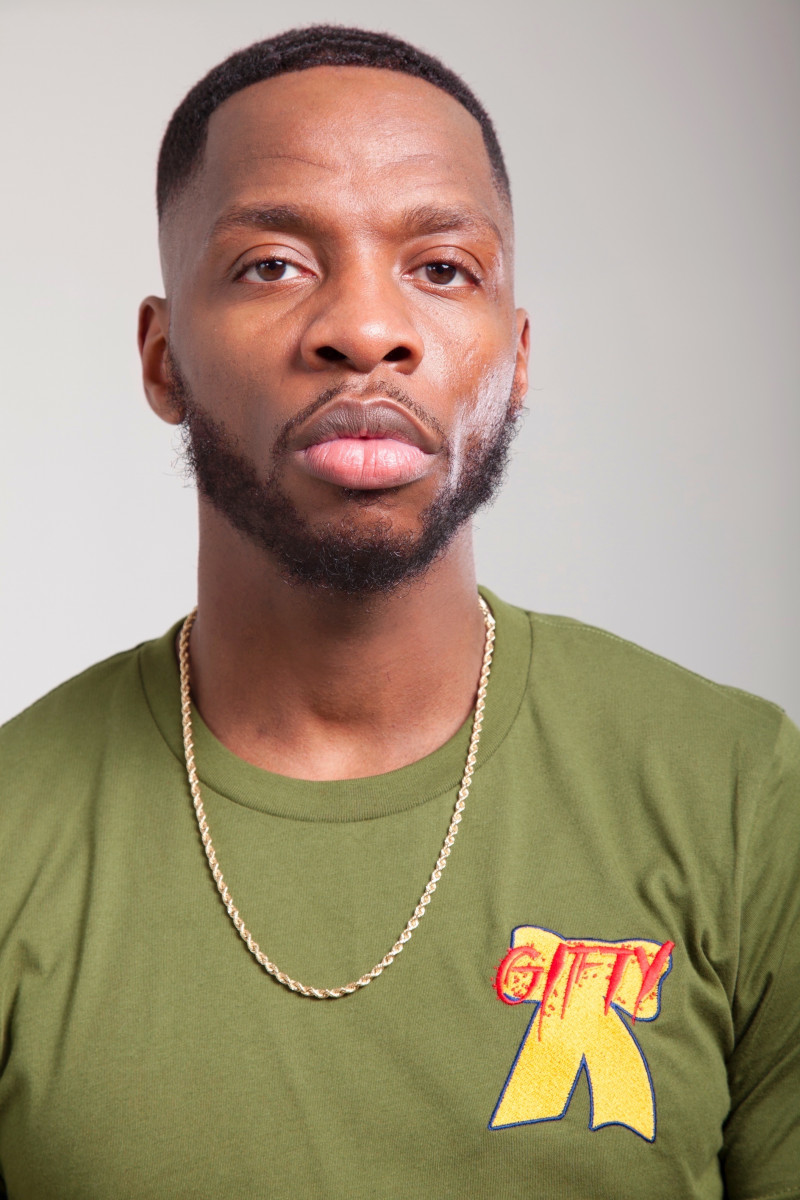 Upstate New York's golden child formerly known as J.Clancy is a breath of fresh air! He delivers an original yet witty and charismatic flow to the rap game. Emerging from the inner city of Rochester, NY, he connects directly with his brand as the "Inner-City Kid." His versatility and blend of raw, heartfelt lyrics provide value to any music lover's ears. This is a performance you don't want to miss, promise! 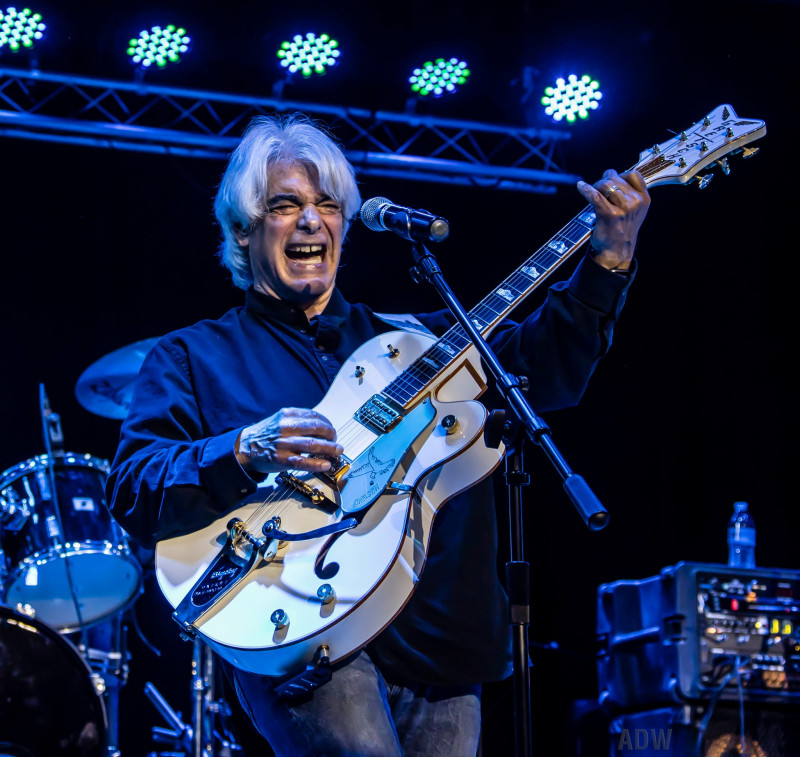 If you love the stylings of Tom Petty & The Heartbreakers, The Byrds, or Buffalo Springfield, Jerry Falzone & Liar's Moon is one show to catch. Years of experience on the road, five records, and a growing fanbase honed from dynamic shows guarantee that Liar's Moon brings a high level of excitement to the concert stage. This is truly homegrown Rock & Roll the way it should be played. 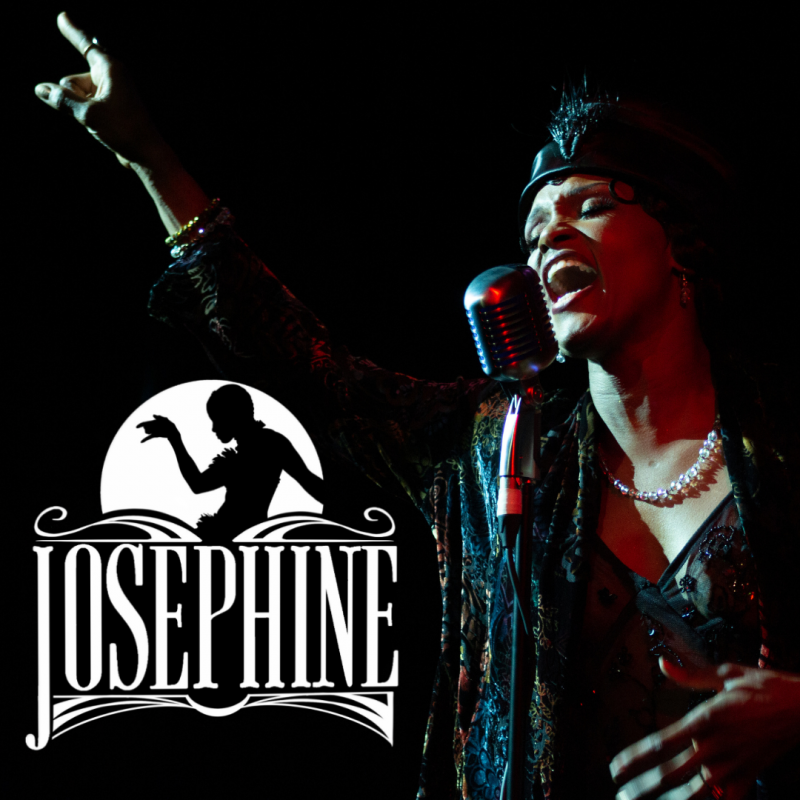 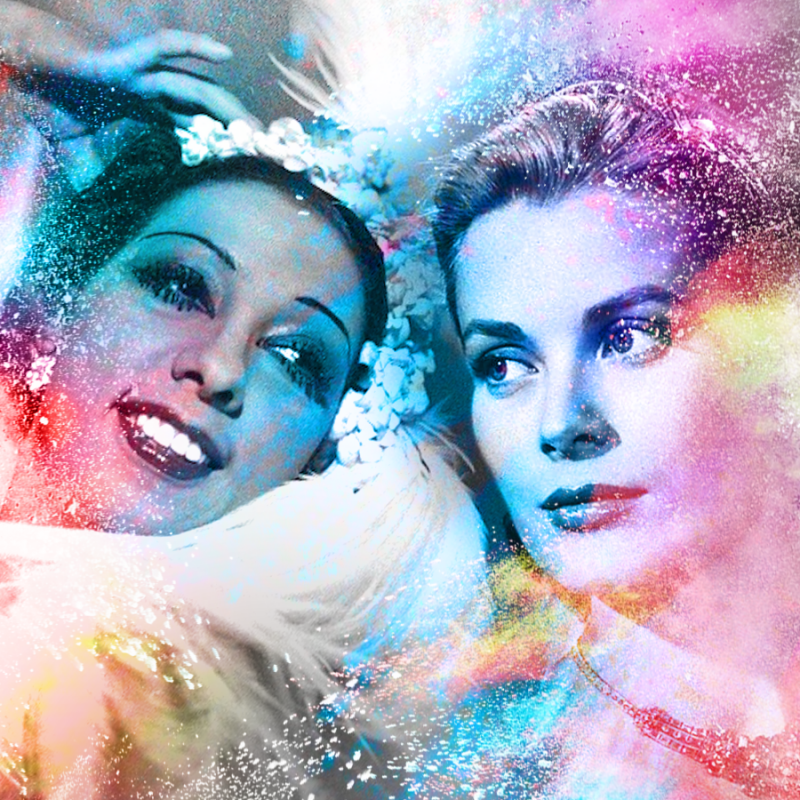 From the creators of the hit off-Broadway show "Josephine," this new musical explores the extraordinary and mostly untold story of the friendship between two of the most remarkable women of the 20th Century: legendary singer/dancer/activist/spy Josephine Baker and Academy Award-winner and European princess, Grace Kelly/Princess Grace of Monaco. WINNER, Critic's Choice Award, 2021 Orlando Fringe. “BEST OF FEST” --Orlando Sentinel. “...the love and loss that bonded this unlikely pair is palpable in Harris’ and Comeau’s winning performances” --Orlando Weekly. 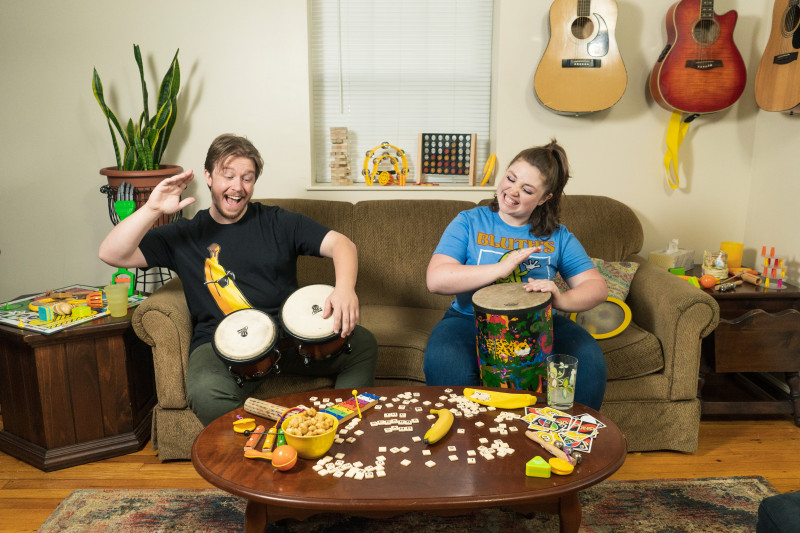 Kids will go bananas for BenAnna Band! BenAnna Band is a high-energy musical duo that will have kids and adults singing, dancing, and playing along on live instruments during this concert-style performance. Bring your dancing shoes, some instruments (homemade creativity gets extra points!) and big smiles to make this Kiddos Summer Jams Concert a time to remember. 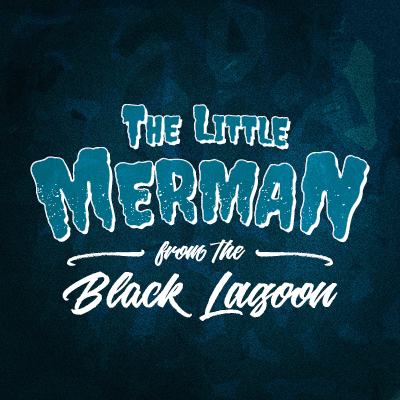 The Little Merman from The Black Lagoon

The 1950s monster movie meets the classic cartoon fairy tale! A group of scientists traveling the Amazon in search of the legendary "gill-man" come face to face with Ethyl the Merman, Ursula, King Triton, and their friends from "under the sea."

Join the dancers of The Adinkra Project as they take you on a journey filled with stories of love and liberation within the African diaspora. These dance pieces will make you think, smile, laugh, and remember the connectedness of all people around the world! 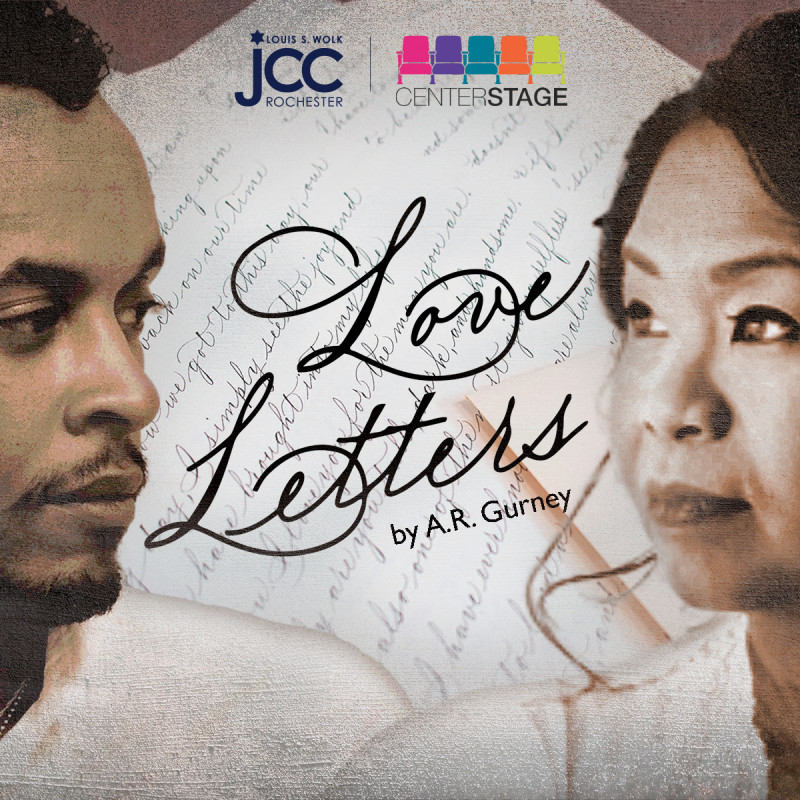 The lives of two childhood friends are revealed through a lifelong correspondence in this evocative, touching, and frequently funny romantic play. J. Simmons and Jennifer Galvez Caton present a fresh interpretation of this beloved classic by seeing it through the eyes of a multi-racial cast and production team. Directed by Esther Winter. 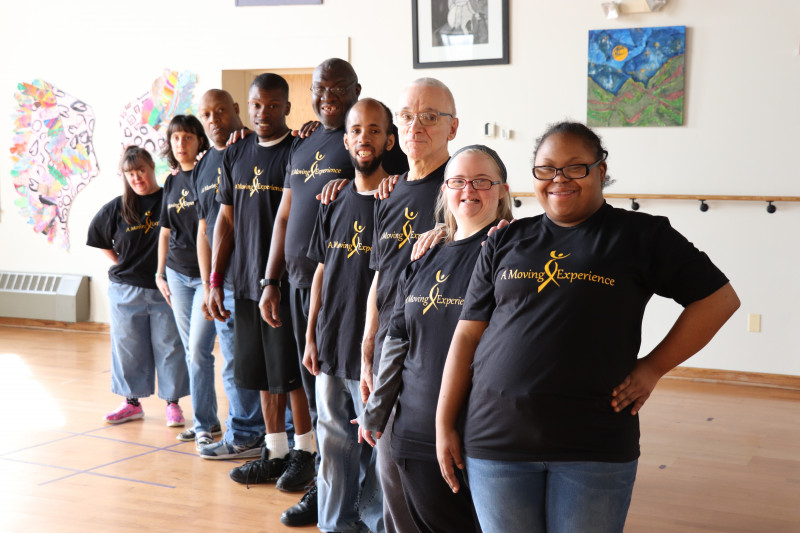 Join the Arc of Monroe's Community Arts Connection in presenting "Metamorphosis," an original musical about the process of growth and change. 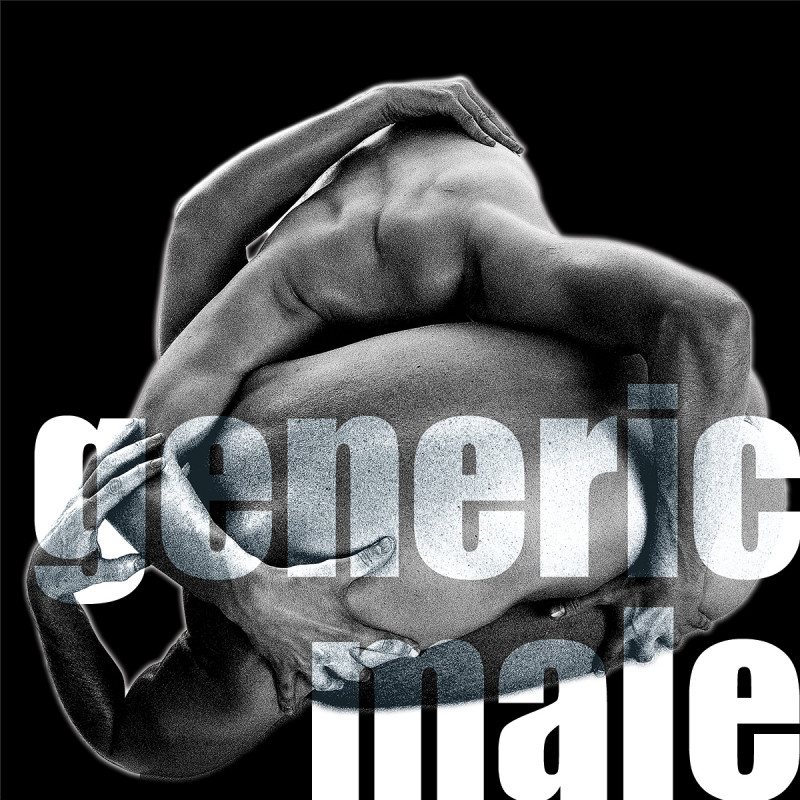 Explosive, athletic, visceral physical theatre ruined by a tragic lack of understanding, "Generic Male” is a World Premiere by award-winning PUSH Physical Theatre. Called “a perfect metaphor-in-motion” by CITY and “a rare treat” by NY Theatre Guide, PUSH has created a satire about clinging to the status-quo. Are we watching a couple of petty idiots or is this the most insightful piece of theatre of the 21st century? No. “Just what we need – another show about men,” raves no one. 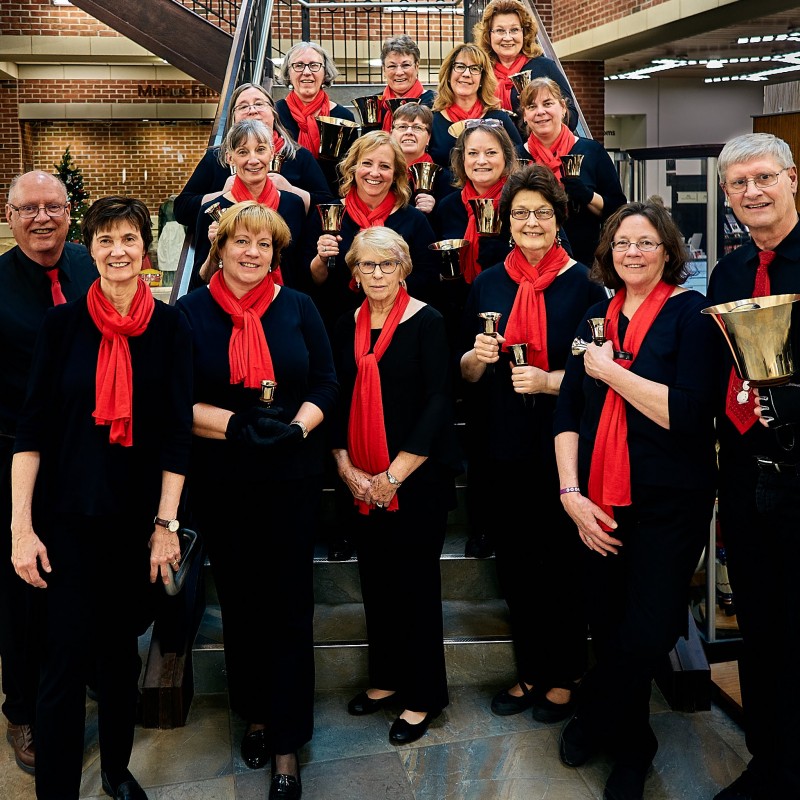 We've all been streaming lots of films this past year of social distancing, so the Roc City Ringers' 2021 Fringe program includes great music from the movies...and more! 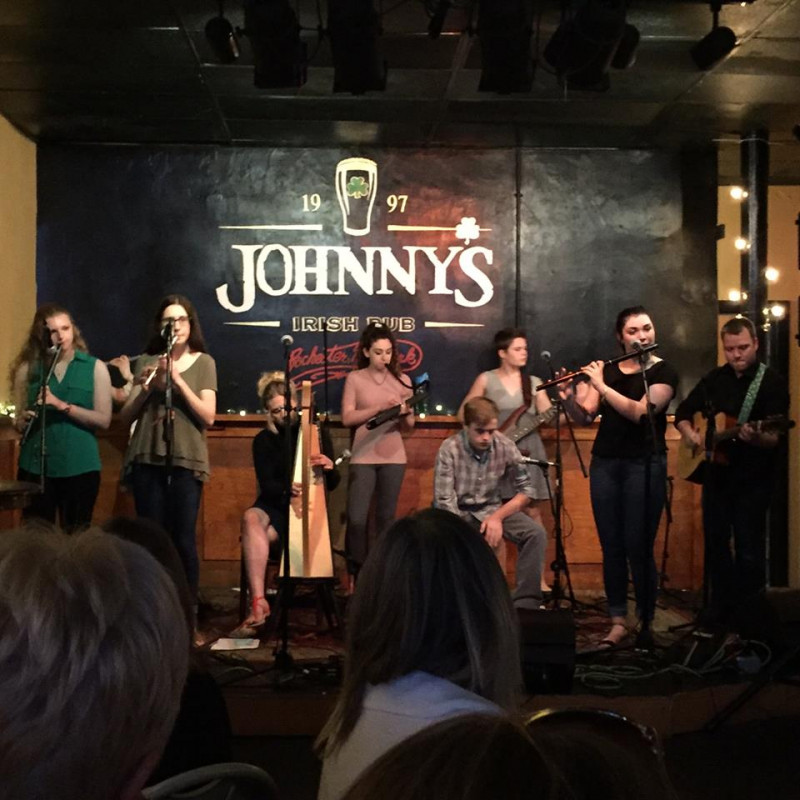 For two decades, the musicians of East Rochester High School’s Róisín Dubh have brought their unique style of high-energy Irish music to audiences in western New York and beyond. Heard on NPR’s famous "Thistle & Shamrock," Róisín Dubh has performed more than 400 times, released four albums, and shared the stage with some of the top Irish musicians from our region and the world. They are excited to celebrate their 20th anniversary at the 2021 Rochester Fringe Festival. 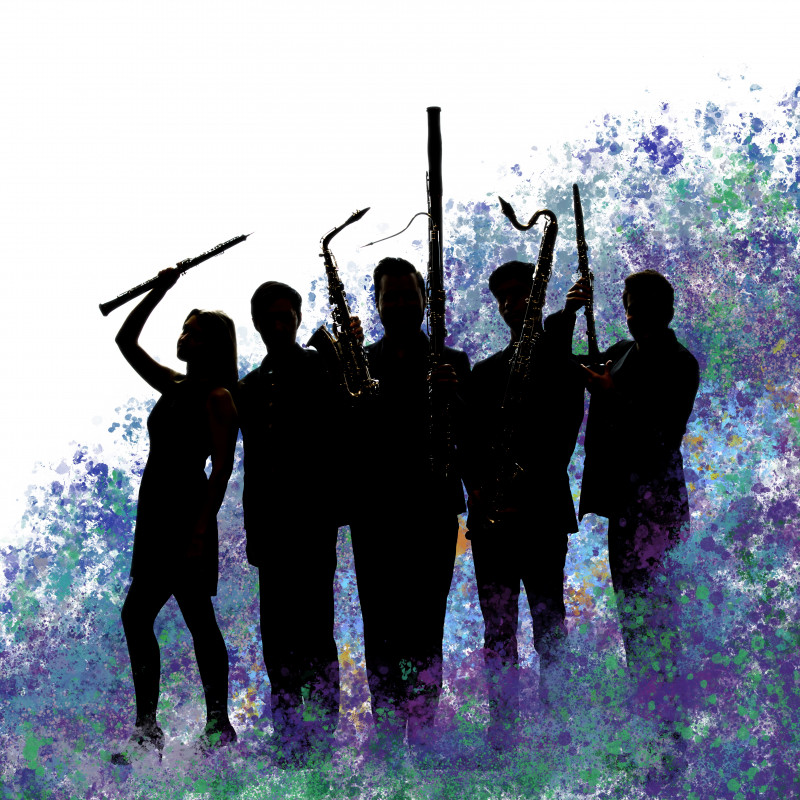 Join the award-winning Sequoia Reed Quintet for a concert of exciting classical and pop-inspired music. Featuring an eclectic combination of woodwind instruments, Sequoia achieves a sound that highlights both the power and beauty of classical music. From the ocean cliffs of Scotland to the Big Top, and from the baroque French Court to the Redwood forests, Sequoia will take you on a journey to the fringes of the genre. Check out their Instagram @SequoiaReeds or on YouTube and Facebook! 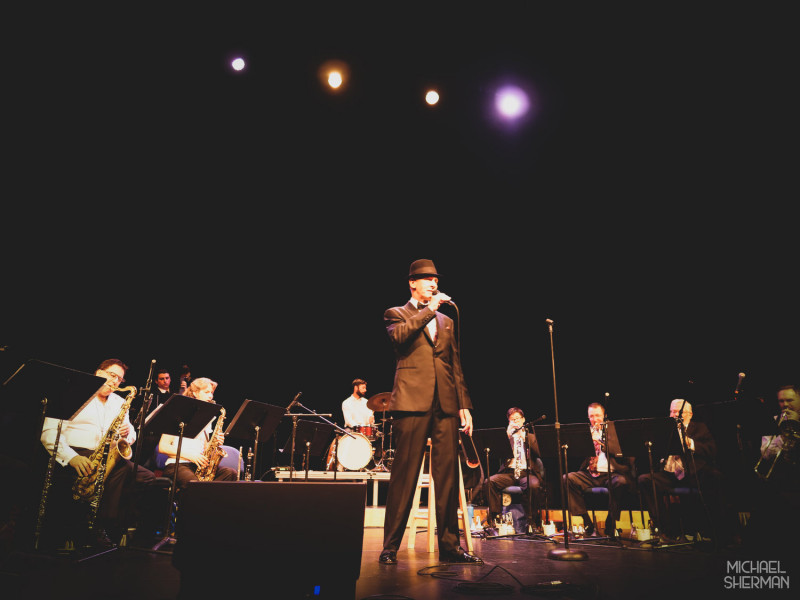 Sinatra at the Sands Reprise

While "Sinatra at the Sands" is the definitive portrait of Frank Sinatra in the ’60s, "Sinatra at the Sands Reprise" recreates the a 1966 show, featuring Frank Torchio’s rendering of the Chairman and The Russell Scarbrough Orchestra. It includes many of the songs that are most closely identified with Frank Sinatra, such as "Come Fly With Me," "The Lady is a Tramp," "I’ve Got You Under My Skin," and "Luck be a Lady," as well as comedy and impressions. 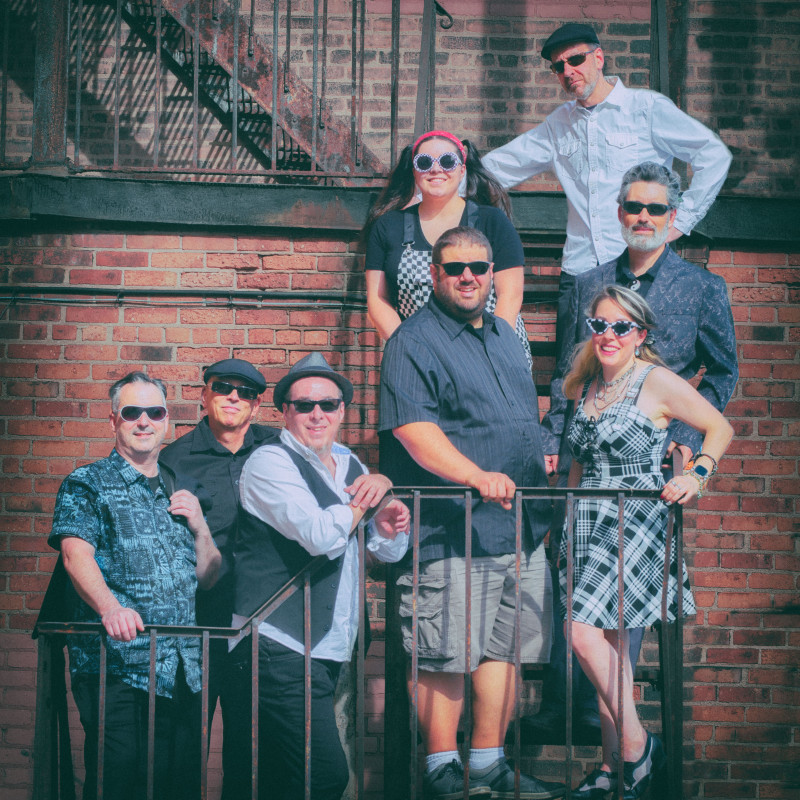 Some Ska Band brings the irresistible beat of ska and reggae to the JCC stage, heating up the dance floor with an hour-long set of originals as well as a few classic covers and musical surprises.

It's a witch hunt! Before the Salem Witch Trials, Connecticut suffered an outbreak of flimsy accusations condemning several women to be hanged as witches. This comic one-act recreates the last witch trial in Hartford as court judges determine the fate of Katherine Harrison. Will bias hang the poor woman, or will truth win in the end? "Something Wicked" is an original play by Brad Craddock, author of "Learning Targets," "The Fighting Girl's Guide to Politics," and "Pink Ribbons." 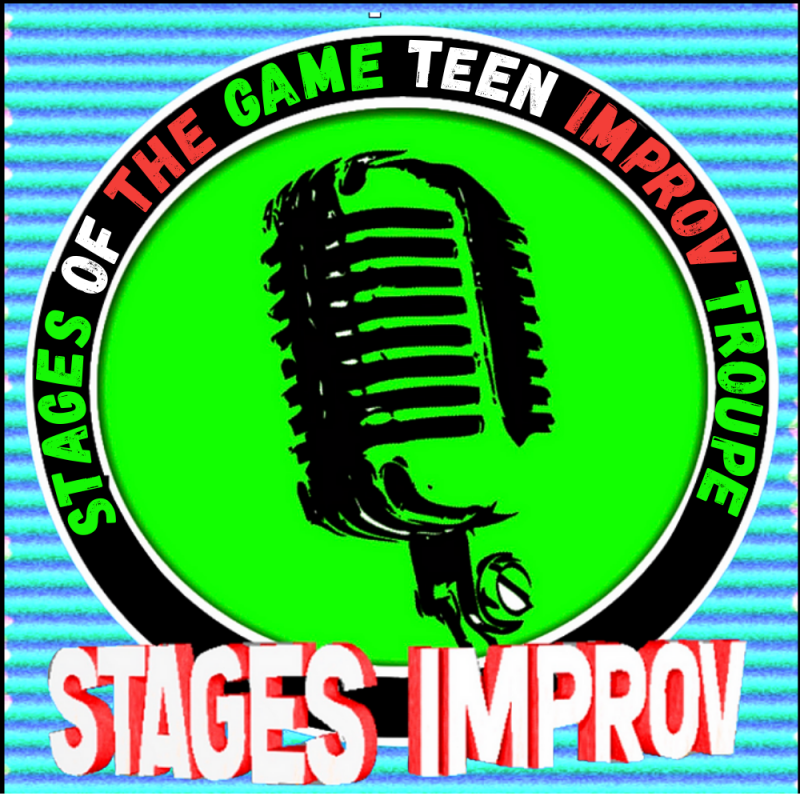 Produced by A Magical Journey Thru Stages, "Stages of the Game Teen Improv Troupe" goes for the gut. Enjoy a hilarious outburst of improvisational comedy performed by some of the brightest (and slightly twisted) teen minds in the Rochester area. Bring the whole family for this fast-paced, interactive show. Audience participation is encouraged, so let your zany ideas tag along too. By the end of an explosive hour, you'll be howling with laughter and only want more! Coach: Hilary Bluestein-Lyons.